One of the beautiful things about the ARCSOA Elite Series this upcoming season is the massive rookie class we are seeing. Season 23 will consist of one of the largest rookie classes in recent memory. Typically, Rookie Orientation is held at Port Skyline International Raceway. However, the track isn't yet rebuilt from the Xbalten-Amarian War. Rookie orientation was moved to a very chilly Road Atlanta this season. Temperatures only maxed out at 35 degrees today. The following is a rundown on each rookie's test.


Dornan Bouchard- Bouchard is expected to have the fastest car out of the rookie class this season. Either him or Torres will most likely have it. Bouchard however looked a bit lost out there. He scored 9th out of 13 rookies. Bouchard had worked with the late Season 22 champion Kyle Collins. Collins who was slated to take the #37 this season tragically died at a wreck in the defacto-finale at Rockingham. It seems as if NOPEA Finland panicked and hired Bouchard with the expectation that he would be very similar to Collins driving style. But it seems as if Bouchard has been rushed up to AES way too quickly. Bouchard is barely out of Canadian stock car racing, it is clear he really isn't ready for AES. However, the kid seems smart. Hopefully Bouchard will take on the steep learning curve, and adapt to AES rather quickly. However, I would expect teammate Sean Angel to blow poor Bouchard into the weeds.


Estavas Cortez- Money money money. It is clear that Cortez is here for his money. He is bringing Team Flame suitcases full of money from his Latin-American sponsors. However, we are hearing that Cortez' contributions actually will have a significant impact on the team's performance.  Tylor Thaber ought to be happy about that. Cortez looked decent in testing. Scoring 5th in the underpowered Team Flame car from last year.

Bobby Jones- Jones is predictably the fastest rookie in testing. However, there are concerns about D&C's Season 23 car not being as fast as their car from last season. Jones was driving Alex Allen's #4 from last season. However, he will be piloting the #3 this season. Jones is probably the most talented so far out of the rookies. No clue on if the car will aid or be a hindrance to his performance.


Alexander Rowe- Rowe has been in line for an AES ride for a long time. With good reason. However, Rowe couldn't set a time because the ViperTech car was not ready for launch. In fact, ViperTech didn't even have a car at the track. Rowe apparently spent time around Kenny Myatt, who gladly accepted Rowe's request for information about how to drive an AES car.


Beka Haddix- Haddix is driving for Mentervini. Which is normally doesn't bode well for drivers. However, Haddix has done wonders with no equipment before. Haddix I think has the highest potential out of any driver in the rookie class. She led the American 700 with a car that should have qualified at most 120th on the grid. Her teammate was also one of the slowest cars in qualifying as well. Haddix actually got 5th in a Mentervini, proving that she is one of the best young talents on the grid. The only problem is, the car she is driving isn't the best.


Vance Caldwell- Caldwell didn't complete a hot lap because he binned it into the wall down at the chicane after "death valley." Caldwell got out alright. However, there was an audible chant from Kenny Myatt, who was a rather unmotivated drivers coach for the session calling him, "Vance Carindawall." Myatt then proceeded to ask fellow veteran mentor, Noah Hart how his burger was coming along. It was a rather silly incident.

Vince Freeze & Eric Monaco- Both the Reddit drivers scored bottom two out of the drivers that completed a lap. This wasn't because of their talent, it was mainly because Team Reddit-Davis' car barely would run for either of them. The drivers were REALLY fast in the simulators. However, the new team has had a lot of problems with their car. These problems should settle themselves out by the time the season starts however.

Sebastian Torres- Torres is filling in for the injured Christian Van Der Pesch this season. Van Der Pesch was injured in a rather serious incident at the Orion 24 hours of Daytona in January. There are even talks that Van Der Pesch may never race again, despite his push to try and be back for Season 24. Torres looked really competitant in the #7 as a replacement. Being the 2nd fastest guy, and being quite racy with Bobby Jones in the session. Torres was a bit critical with Bouchard however. Torres was on a hot lap, and Bouchard apparently held him up quite massively.

Cole Baker- For driving some ANCIENT Subaru contraption from the old Team Thunder. Baker actually was fast. 4th fastest for Baker. No clue on his pace when the season starts though. We have no clue on what the performance of his car will be when the real car comes around.

Darren Blake- Blake has a damn fast car. 3rd fastest for the new driver. However, he was involved in the other accident on the day when he and Grayson Acevedo tangled going down death valley slamming the #60 head on into a badly placed concrete wall firing him back into Blake. Both drivers blamed each other for the incident. Kenny Myatt and Noah Hart, the two veterans who volunteered to be drivers mentors, called the wreck ridiculously stupid while drinking flavored water, grilling hot dogs, and partying with the Hart family woodchipper in the infield. Some job those two were doing.

Grayson Acevedo- Acevedo is one of the more experienced drivers on the grid. He has attempted the American 700 more times than anyone can remember, and now he actually has a full time ride with Action Terra. Too bad it is an Action Terra. Both Action-Terra's are INCREDIBLY slow. Acevedo was involved in a rather silly wreck with Darren Blake also.

Eric Demax- Son of former AES driver, Eugene Demax, Eric seems to maybe be riding his father's coat tails a bit. Because nothing he showed on the initial rookie test proved that he should be in an AES car. He was fast, but all over the place. Noah Hart commented on him while slugging down a burger, "The guy in the #80 is driving like he's drunk. Hey Kenny (Myatt), toss me a Budweiser!" Myatt then opened the cooler next to him, and handed Hart a Budweiser.
_________________

Monaco and I can get these car problems sorted out the talent is there from both of us, but I know our guys working day and night to fix this car problem we can get it done before Daytona. 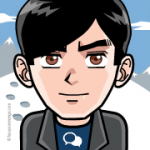 Jeff Davis: We were expecting the slow pace. But we have work to do. I have faith our drivers will be perfect. Now time to work on the cars and make them much better.

Thanks John look forward to seeing the progress with car development all season long Monaco and I will
Give it our all every race.

Or when we come back here for round 10