ARCSOA CEO Kayla Tonney has expressed moderate concern of a smaller entry list for the tenth running of the American 700 next season. Many critics of the new car are citing that it will cause a smaller entry list for the largest stock car race in the world. Tonney stated, "We are currently looking somewhere around 56 cars for next years running of the race. We fully realize that the new car will shake some possible wild card entrants away, however we feel that there will be an adequate amount of third cars on the grid that might offset a few losses. Plus I do not think we will lose all of our wild card entrants either."
_________________

Dodd: "I personally think that each team should have at least a 3rd car ready for the American 700, and maybe even a 4th. I mean, it's the BIGGEST race of the year, and it's the 10th Anniversary. I know that we will push our hardest to get at least one if not two extra cars in!"

Only 56 cars? Jeez, I think there should be allowed more than that. For teams looking to bring three cars and other random sign-ups.

Well a reduced field will make qualifying easier I bet

1. You are Zaedin Davidson, right? If you're so interested in coming back, try, under a different name or something. If Kenny let's you that is.

2. Sure, having only 56 open spots would make it easier to qualify for the race. But this is the 10th anniversary of the biggest race so I would allow more drivers to attempt. Because what if some one-off teams want to try and race along with most of the fulltime teams wanting a one-off ride? It's not up to me but I think there should be a higher maximum amount of drivers, not as much as last year but more then 56. Maybe close to 60-70? 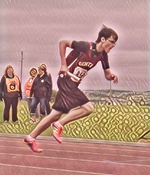 I will say, last season did have WAY too many drivers. It shouldn't be more than 84(2 fields), but it needs to be at least where every team can have a third car, so around 63-70 cars would be good... But it's your choice